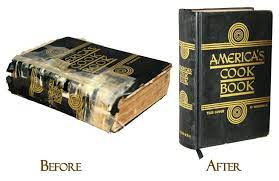 Supporting  a book might be a non-classical use of a website, but that is what this website did, and will now once again do. The Politics of Immigration was first published in 2007. While the authors, Jane Guskin and David L. Wilson position the book as asking hard questions about immigration by adopting the “cuo bono” approach, and thus steering a middle way between the extremist positions on both sides, the book tends to come down on the globalist/no borders side. It was significantly revised in 2017.

Besides supporting the book, this website linked articles published my the authors in other journals, and was used by them to comment on current immigration issues through bookmarking articles of interest to them. They let the domain go in favor of a subdomain at blogspot.

With our interest all things immigration, we thought it worth bringing back, recreating the website prior to its demise. We will likely follow a parallel track in terms of continuing to highlight the book and the old materials, but probably adding some new materials with a pragmatic focus, how to utilize the US immigration system as it currently stands. As no real substantive change has occurred since 1996, and given the failure of the democrats to use budget reconciliation as a mechanism to pass immigration legislation, nothing looks likely to change any time soon.

Have a concern or comment, let us know. Otherwise, we will be back soon with the old material, and thinking about the new.