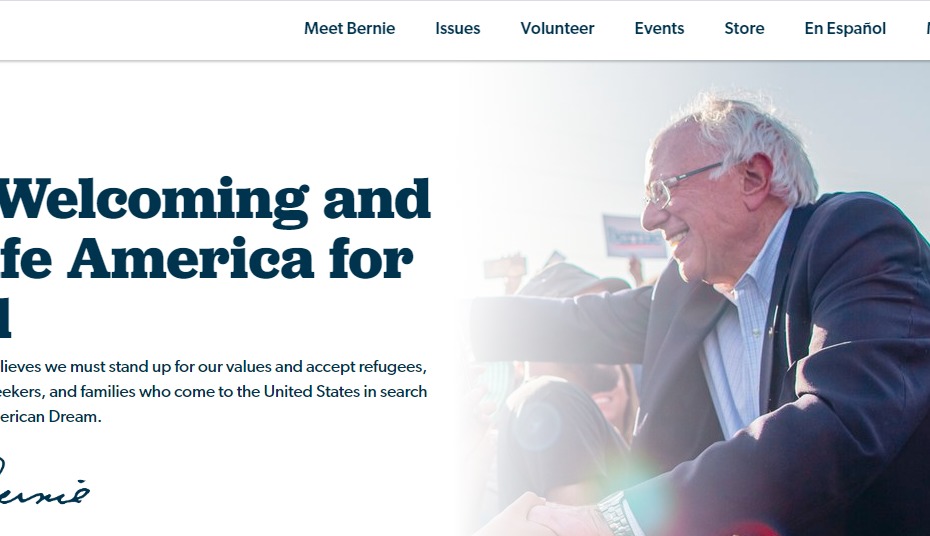 Bernie Sanders’ campaign released the senator’s immigration platform on November 7. The candidates’ immigration plan is easily the most progressive and most detailed presented by any candidate in this election cycle, and represents a significant advance over Sanders’ stance four years earlier.

Predictably, media coverage focused more on electoral strategy than on the important immigration issues raised in the platform. The immigration issues that the media did discuss were generally the ones the political class considers hot-button questions—abolish ICE? open borders? decriminalize unauthorized entry?—not demands for amnesty and a repeal of  the 1996 laws, the demands that have the greatest impact on immigrant families and communities.

The Sanders platform has the potential to be far more than an electoral ploy. While not perfect, it’s a major step towards getting a wider public to rethink the United States’ entire approach to immigration.

Below we describe some of the best media coverage.


Vox’s Nicole Narea and Tara Golshan produced a fairly comprehensive summary of the platform in their article, “Bernie Sanders’s immigration plan puts the rights of workers into focus.” As the title indicates, Narea and Golshan note Sanders’ emphasis on undocumented immigrants as workers who are denied their labor rights. The Vox writers also note Sanders’ support for amnesty and his pledge to end Trump’s anti-asylum measures, notably MPP/”Remain in Mexico,” by executive action. But they don’t mention two other major commitments: to repealing the 1996 immigration laws and to addressing the root causes of immigration in US foreign policy.

In The Nation, John Washington’s “Bernie’s Immigration Plan Is Good” makes several important points. While the Vox coverage treats Sanders’ emphasis on labor rights simply as “part of his signature issue of workers’ rights,” Washington also notes that immigration and labor exploitation “cannot be untangled,” just as immigrant rights can’t be treated separately from the struggle against racism. Another important point from Washington: the Sanders platform was largely written by immigrant rights activists rather than by politicians and think tank analysts. Strangely, though, he omits any mention of the platform’s positions on repealing the 1996 laws and on turning back Trump’s attack on asylum.

“Bernie Sanders’s New Immigration Proposal Is Incredibly Strong,” by Daniel Denvir in Jacobin also passes over the asylum issue. However, Denvir stresses the organizing potential of the platform’s platform on workers’ rights: “by emphasizing that immigrants are core to the working class rather than a threat to it, Sanders strengthens the multiracial coalition that is this country’s only hope for transformative change.” Denvir also notes that the Sanders approach addresses the US government’s role in creating the conditions that force people to leave their countries. “[W]e must remake the global economy and deliver economic justice,” Denvir writes, “so that people are free to not migrate and stay put if they choose.”

”Bernie Sanders’s immigration plan: a response from the front-lines of struggle,” by Lupita Romero at Puntorojo also stresses Sanders’ commitment to addressing the US foreign policies that lie at the heart of much immigration here. Romero, who is an undocumented immigrant herself, emphasizes a point that Washington makes: that Sanders’ platform “is the only one truly tapping into the demands of the immigrant rights movement and the popular sentiment for defending and strengthening civil rights.”

But Romero also brings up an issue missed by most coverage: that Sanders’ platform can be used as a starting point for grassroots organizing “through and beyond” the 2020 election. “[C]oalitions and organizing committees should be formed now.” Romero writes. “We should be calling for the abolition of ICE and the DHS, for the repeal of the ‘Illegal Immigration Act of 1996,’ and for active opposition to US intervention in Latin America.”