Immigration: Looking Ahead to 2019 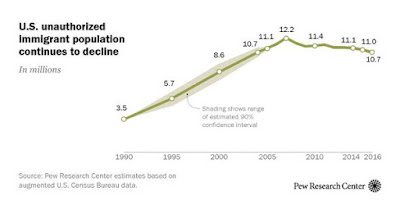 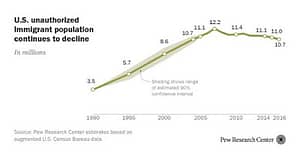 It’s clear that immigration issues will continue to occupy much of the political discourse next year, and so will misinformation. A lot will depend on how effectively people at the grassroots work to counter the myths and distortions.

This fall we participated in five dialogues on immigration in the New York City area. We’re hoping to do more next year; please contact us at thepoliticsofimmigration@gmail.com if you’re interested in sponsoring an event. But we don’t want to be the only ones: we’d like to see as many people as possible holding their own dialogues. You can watch a full dialogue, sponsored by the multi-ethnic human rights organization Families For Freedom in New York on November 29 (the orientation is corrected after the first six and a half minutes). But remember: no two dialogues are the same. The participants on November 29 were mostly immigrants or sympathizers; other dialogues include people with opposing views, which we need take seriously and address with respect.

There are many other educational resources. One is a series of email “lessons” offered by the Pew Research Center this fall. These deal with basic facts about immigration: the actual number of immigrants, how many have legal status and how many don’t, the longterm demographic effects, and how opinions on immigration have shifted over the years. People might be surprised to learn how often the facts run counter to the general impressions people have. Go here to have the emails sent to you.

Finally, for last-minute shoppers: Do you need a present for someone who has questions about immigration policy? There’s still time to order The Politics of Immigration: Questions and Answers here, or else from your favorite bookseller.Interestingly, the Pew course is already a little out of date. While the media continue to talk about the “influx” of undocumented immigrants, Pew’s latest study of the undocumented population indicates that it has continued to fall—from an estimated high of 12.2 million in 2007 to some 10.7 million in 2016.