The Democrats’ Immigration Agenda: Bolder, but Not Bold Enough 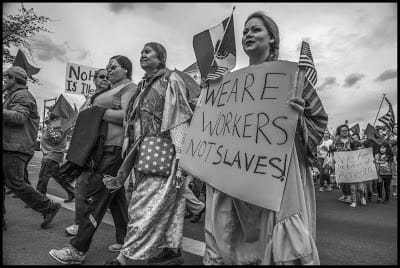 The immigration plank in this year’s Democratic Party platform is a reminder that real immigration reform isn’t going to happen without serious grassroots organizing.

The platform, which the Democratic National Convention approved on August 18, is largely based on a 110-page document produced by six policy task forces that former vice president Joe Biden and Vermont senator Bernie Sanders set up in May. According to the New York Times, the Democrats were seeking “to assemble a new governing agenda…far bolder than anything the party establishment has embraced before.”[…]