The Postville Boss Gets Out of Jail. What About His Immigrant Workers? 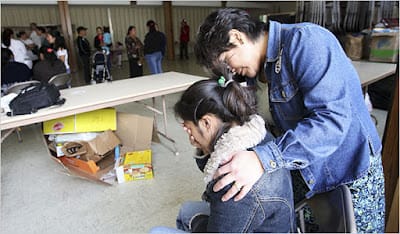 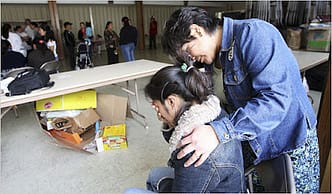 On December 20 President Trump commuted the 27-year prison sentence of former kosher meatpacking magnate Sholom Rubashkin for bank fraud. Rubashkin had headed the Agriprocessors Inc. company, whose plant in Postville, Iowa, was the scene of a massive military-style workplace raid in May 2008. Federal agents arrested 389 immigrant workers, including 18 ranging in age from 13 to 17; most of the detained workers spent five months in prison on charges related to their immigration status and were then deported. The raid took place as the United Food and Commercial Workers (UFCW) was trying to organize the plant.

Rubashkin had a number of prominent supporters, including more than 30 current members of Congress from both mainstream parties. His backers noted that Rubashkin’s sentence was exceptionally severe, raising suspicions that it was influenced by his ethnic background—he’s a member of the Jewish Hasidic Chabad-Lubavitch group. They also stressed his close relationship with an autistic son. There are certainly reasons to question the length of Rubashkin’s sentence, but we have to wonder why so little is said about his mostly Latino former employees, who were subjected to multiple labor violations at the plant and then jailed and exiled for the supposed crime of working to support themselves and their families. And what about the suffering of their children? As for Rubashkin’s sympathizers in Congress, they can take the time to write letters supporting commutation of one man’s prison sentence but apparently can’t be bothered to pass legislation for nearly 700,000 current DACA recipients, who are now losing their protection from deportation at a rate of 122 each day.—TPOI editor